Food safety is a major issue for the Health Authorities of the whole word. We are living waiting another revolution in the food sector. At 14 December 2019 the new union regulation on the official control will entry in force. Within 2021, the Italian farm veterinarian should be operative. More, in the European Union the agri-food chain represents a very important economic sector. The economic value of this sector in the last year was around 245 billion of euro. This sector was always protected by the Authorities. In Italy the in the last century was promulgated sever legislative acts (much of them are in force today) which the aim to protect health of people through food. In the 1990’s, the mad cow crisis imposed a change of the system. The first revolution on the food legislation started. The European Commission published the Green Book on food legislation. In this book the principles of food legislation was determined. To apply these principles, the White Book on food legislation was published in the 2000. This White Book laid the foundation of the known strategy “from farm to table”. This White Book was followed by the five regulations called the Hygiene Package. The first and the basis of the whole legislation of food is the General Food Law (Regulation (EC) 178/2002). By this regulation, the European Community adopted a unitary and systematic model that must be applied in all Member States. Before each Member States has own food legislation. After the Regulation (EC) 178/2002, other four regulations were issued. All of these regulations established a new order to protect food safety. After ten years, the European Commission changed. A new model to perform official control has been established. The new model recognises new rights for the operators and protects food safety and life. Meantime, in Italy a farm veterinarian was recognised by the DM 7 December 2017. The farm veterinarian was created for supporting farms to better perform their job. The second revolution starts. The paper analyses the opportunities arising from this second revolution for the farm veterinarian. 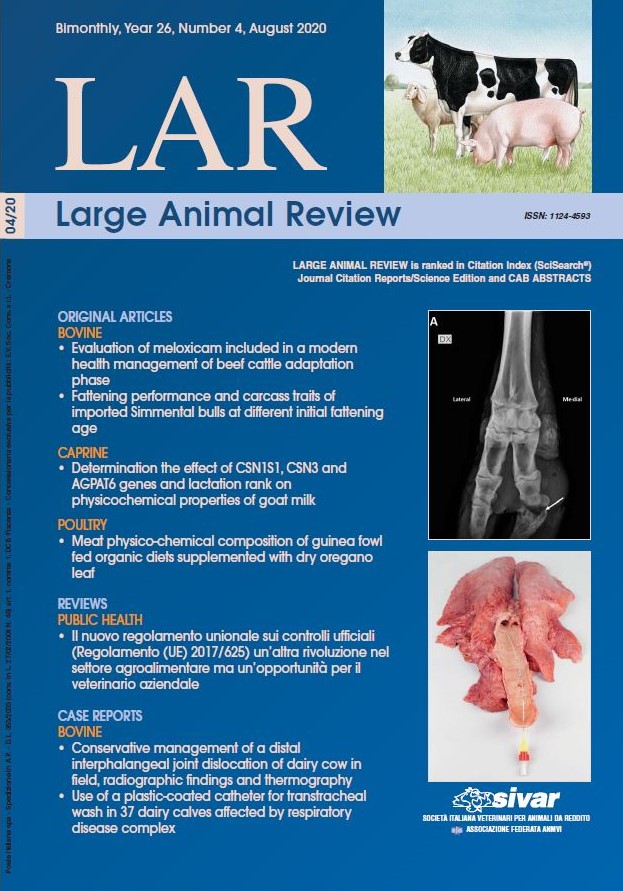