Space allowance and piglets survival rate in the farrowing crate

Perinatal mortality represents an important cause of economic loss in pig production and the most critical phase is represented by the occupation time in the farrowing room before weaning.

A wide number of studies report that the high mortality rate in farrowing depends on the combination of many parameters: genetics, environment/design of housing system, nutritional status, infectious diseases and the maternal attitude of the mother towards new-born piglets and litter size. Among these factors, crushing, represents the 18 % of healthy piglets. This study has the aim 1) to compare the crushing rate of piglets in farrowing, in conventional (CFC) and Welfare farrowing crates (WFC); 2) to evaluate the effect of a larger space allowance in WFC after the 15th d age of piglets.

In the first part of the experimental study, 329 sows lodged in CFC and 293 sows housed in the WFC were considered.

In the second part, 71 sows lodged in WFC were involved to assess the effect of space allowance on piglets’ crushing rate.

The second trial of the study showed that the management strategy to provide more space allowance to sows in the WFC unit increased the crushing rate of piglets (0.06 vs 0.23, P<0.05).

In conclusion, the WFC crates, representing an improvement compared to the conventional ones, in terms of welfare for sows, showed a higher crushing rate in comparison with the CFC, and that a larger space in the farrowing unit, from d 15 to the weaning, lowered furtherly piglet survival rate.

In the present study, the availability of a larger area, allowed a higher crushing rate by the sows, for the rolling behaviour and movements in the welfare farrowing units.

These results show that, even if farrowing systems with no or only temporary confinement of sows guarantee welfare conditions for sows, the benefits for piglets remain a controversy for the lower survival before weaning induced by crushing. 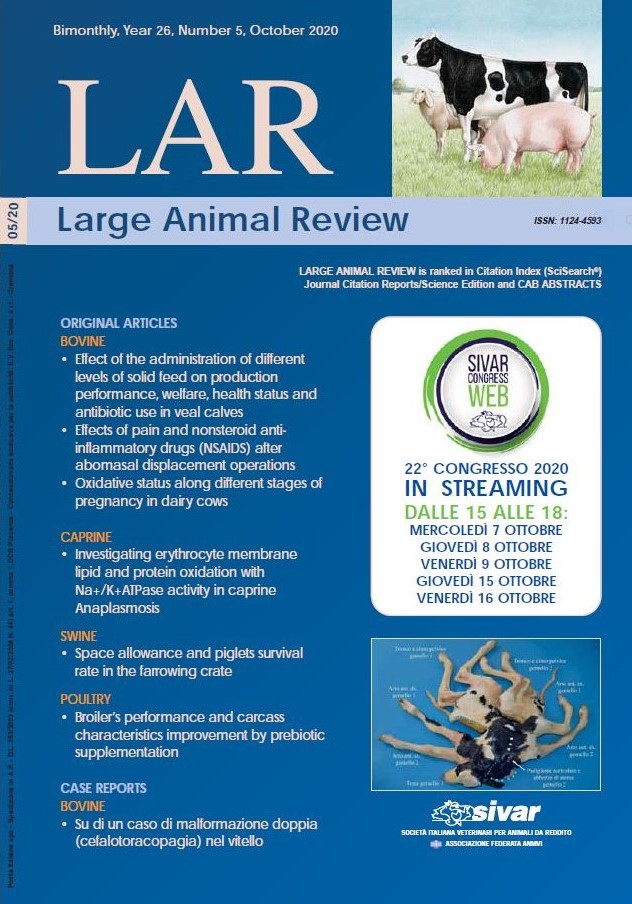