In calves, congenital (condition existing at or before birth) disorders of the nervous system are not rare: in the past they were estimated to account for about 20% of all congenital defects. Unfortunately, the scarcity of surveillance programs and the low economical value of young animals hinder submission of clinical cases to diagnostic centers; hence their real prevalence goes underestimated. Moreover, many defects can be identified only by necropsy or histopathology.

Congenital neurological conditions may be due to external teratogens or to genetic defects.

Teratogens are biologic, toxic, chemical, physical or metabolic and can act directly on the developmental processes or can alter patterns of gene expression, inhibit cell interactions, or block morphogenetic cell movements. Genetic defects are mostly represented by autosomal inherited recessives and are usually based on inborn errors of metabolism and on lack or dysfunction of hormones, receptors, enzymes, structural proteins, neurotransmitters and ion channels (metabolic defects, storage defects, disturbed neurotransmission, channelopathies). The increased use of intensive breeding programs, based on the widespread use of selected elite sires, and the consequent increase of the “inbreeding grade”, has allowed the homozygous presence of recessive variants - responsible for malformation - in the inbred progeny of many breeds.

Genetic causes includes also "de novo" pathogenic variants that may occur in one of the germ cells (sperm or egg) of one of the parents, or arise in the fertilized egg itself during early embryogenesis.

The defects characterized by structural deformities of the nervous structures are termed “congenital malformation” and are the result of disorders of tissue development such as: agenesis (complete absence of an organ), aplasia (absence of an organ with retention of the organ rudiment), hypoplasia (incomplete development of an organ), dysraphic anomaly (failure of opposed structures to undergo adhesion and fusion), involution failure (persistence of an embryonic structure that normally disappears during development), division failure (incomplete cleavage of embryonic tissues owing to lack of programmed cell death), atresia (failure of an organ rudiment to form a lumen), dysplasia (abnormal organization of cells in a tissue), ectopia (error of morphogenesis in which an organ is located outside its correct anatomic site), dystopia (error of morphogenesis in which an organ is retained at a site where it resided during a stage of development). The majority of these disorders involve also the nervous system.

The defect characterized by inborn alteration of physiological functions or metabolic processes may not be expressed or recognized until later in life, so being erroneously interpreted as acquired diseases.

The article presents the most common congenital defects of the nervous system in calves. Due to the fact that for the majority of the congenital diseases the exact cause remains unknown, it is intention of this article to prompt farmers and veterinarians to consider – whenever possible – the submission of such cases to diagnostic centers for further studies and investigation. 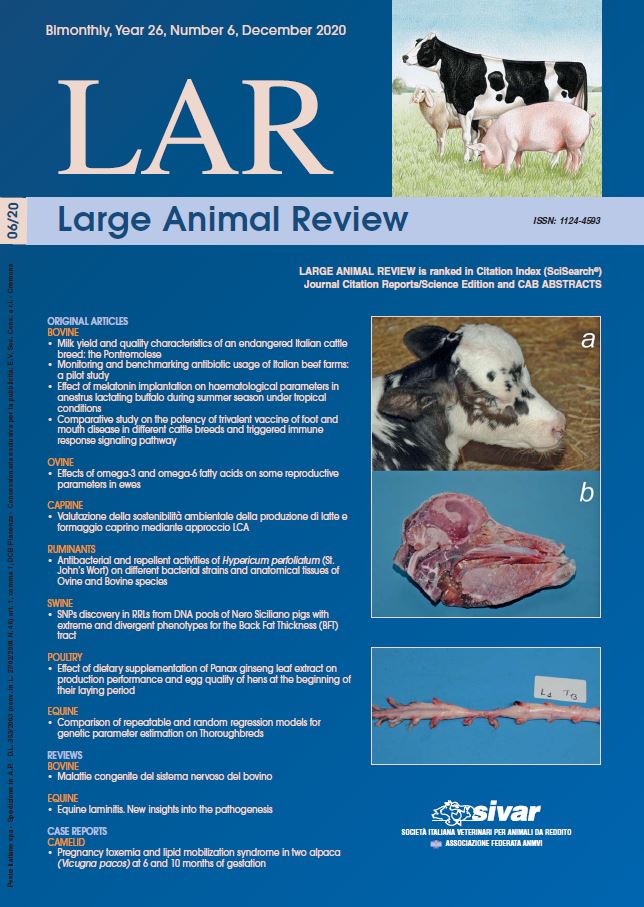