Usage of Waste Paper Sludge as Litter in Broiler Houses

Increasing costs and decreasing availability of the pine shavings traditionally used as litter in broiler breeding has prompted the search for a suitable alternative that is cheaply, easily and consistently available and is non-toxic to humans and animals. This study examined the use of welded cellulose sludge, a by-product of the paper industry that cannot be used in paper recycling, as litter in broiler production. Drying of this material, which can be obtained at nominal transportation costs, results in low humidity levels and complete elimination of its microbial load. The study was conducted with 3492 mixed-sex Ross-308 chicks reared under standard commercial-broiler growing conditions in two environmentally similar closed poultry houses and using either pine shavings (PS, 4.5 kg/m2) or paper waste (PW, 3.5 kg/m2) as litter. Three replicates were used for each litter type. The results showed litter material had no effect on poultry performance in terms of live weight, feed efficiency, or viability; however, in comparison to the PS group, the PW group had significantly higher mean FPD scores (0.07 vs 0.10; P < 0.05) and lower feather scores (1.83 vs .62; P < 0.05). Differences in litter pH, ammonia concentrations, and moisture levels were not significant. Moreover, due to the high drying temperature of the PW, it has no microbial load. In sum, it was concluded that because PW has no adverse effect on poultry performance characteristics, the material can be used as poultry litter. 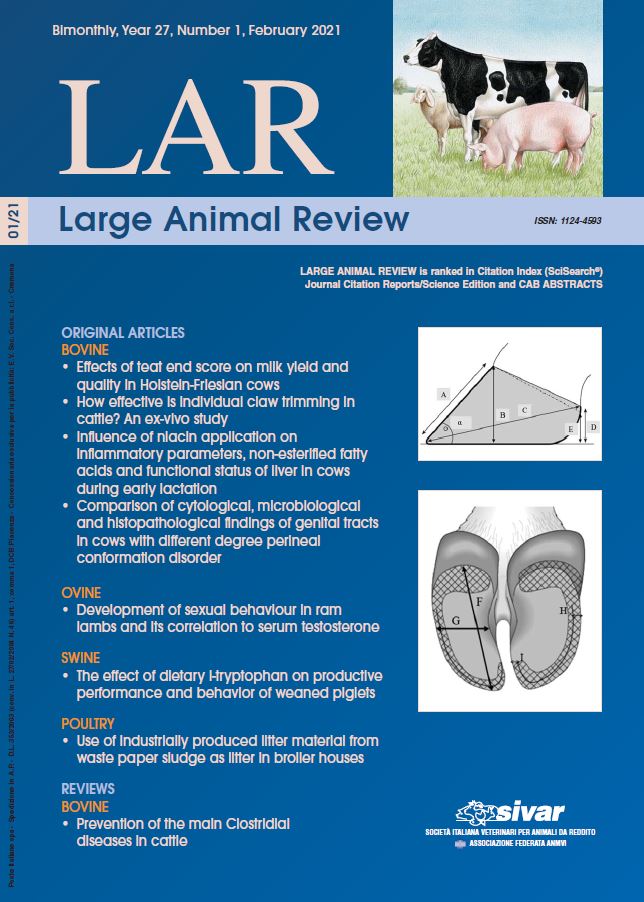