African swine fever (ASF) is one of the most important swine diseases, both for its wide geographical spread and for the relevant impact that it has on pig industry. It is included in the list of notifiable diseases of the World Organization for Animal Health (OIE), together with all the other diseases that represent a danger to animal and public health. The constant spread of the PSA virus (ASFV), together with its ability to adapt itself to different situations, its high resistance in the environment and biological products and the lack of a safe and effective vaccine, make it difficult to eradicate. The disease was confined to Africa until the end of the 1950s, then conquered many other territories and reached the european continent in 2007, in the Caucasus region. From here it then entered the European Union (EU) in 2014, reaching progressively several Member States such as: Belgium, Bulgaria, Slovakia, Estonia, Hungary, Latvia, Lithuania, Poland, Romania, and Germany. PSA also appeared in the Czech Republic, where it was successfully eradicated. One of the most interesting aspects of PSA is represented by its multidisciplinary essence; in fact the disease has consequences in many areas, from the socio-economic one to the medical one, passing through the psychological and cultural sphere. The aim of this paper is to propose a One Health approach for PSA because of its strict linkage between animal and human health as well, although it is not transmissible to humans. 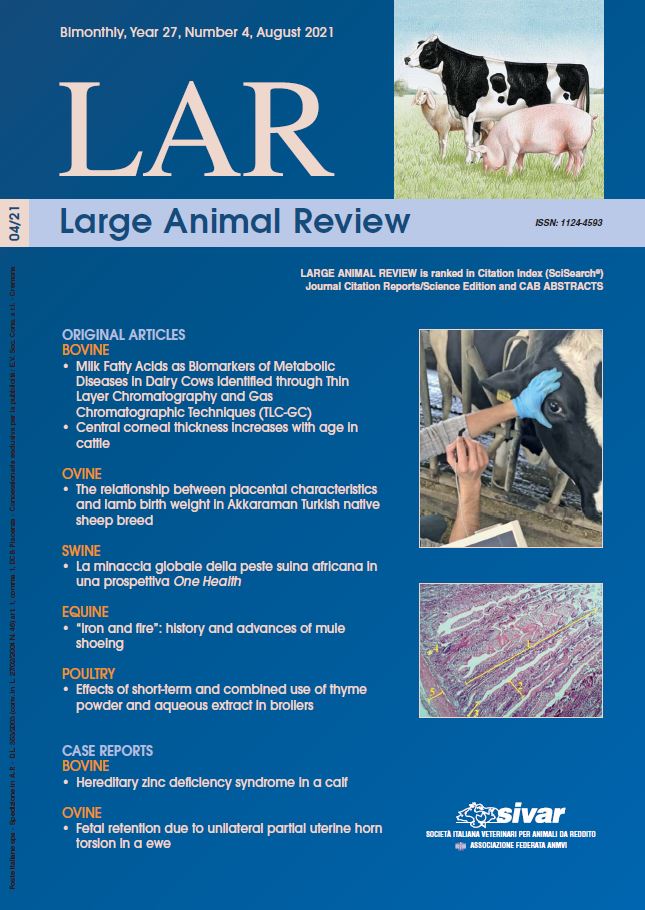