The aim of this study was to investigate the effects of major milk composition parameters (lactose, protein and fat) and somatic cell score (SCS) on the variation of saturated fatty acids (SFA), monounsaturated fatty acids (MUFA), polyunsaturated fatty acids (PUFA), unsaturated fatty acids (UFA), omega 6 (ω6), omega 3 (ω3), odour index (OI) and nutritive value (NV) of goat milk in the first month of the lactation. For this aim, 120 milk samples were collected in different times post-partum (0, 4, 7, 14 and 28 days) from 24 Damascus goats. Composition parameters and fatty acid components of milk samples were determined. Pearson correlation coefficient and canonical correlation analysis (CCA) were used to evaluate the relationships between major milk parameters and fatty acids components. In addition to positive correlations between major milk parameters, significant and variable correlations were found between major milk composition parameters and fatty acid components according to the Pearson Correlation coefficient. Most of the fatty acids components were also correlated with each other. However, only the first of four calculated pairs of canonical variables was found to be significant, strongly (rc= 0.857, P<0.001). According to the calculations of canonical loading and cross-loading results, protein and lactose from the set of independent variables and OI and NV from the set of dependent variables were found to be the most important variables. On the other hand, redundancy indexes results showed that the fatty acid contents may be explained by the milk components in goat milk. CCA results has revealed that multidimensional evaluation of measurements in dependent and independent variable sets can provide to researchers with important and innovative information for assessment of milk quality. Considering the multiple relationships with a multivariate approach, strong and significant relations were found for the first time in terms of major milk quality parameters in goats. 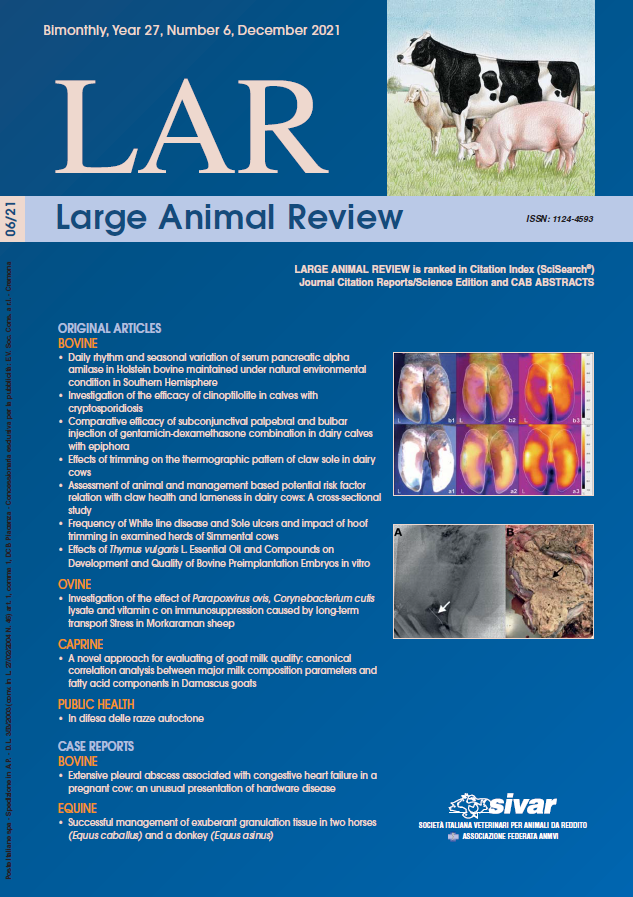