Severe outbreak of pasteurellosis in sows: a case description

Sow mortality represents a relevant issue in the modern pig industry and can negatively impact the profitability of farming. Sow mortality rate should range between 3-6% on a yearly basis, but higher rates are quite commonly reported. Disease conditions of the locomotor, digestive, reproductive and urinary systems are most frequently observed in dead/euthanized sows. On the other hand, respiratory diseases are rare in this category of animals, the most severe episodes resulting from the introduction of a “new” infectious agent into the breeding stock, thus in absence of an adequate level of herd immunity.
We describe herein the main clinical, pathological and microbiological findings observed during a severe outbreak of respiratory disease, which occurred in a breeding pig herd in Central Italy. The respiratory syndrome affected a very high percentage of pregnant and lactating sows (around 30%), both primiparous and multiparous. Within two weeks, the mortality rate reached 15%. At necropsy, serous-fibrinous pleuritis, along with large foci of acute bronchopneumonia, affecting the cranio-ventral parts of both lungs, represented the most relevant pathological findings in animals under study. In depth bacteriological investigations identified a capsular type D and hgbB-positive Pasteurella multocida strain as the sole causative agent.
Pneumonic pasteurellosis usually affects grower/finishing pigs and represents the final stage of the so-called porcine respiratory disease complex. As a matter of fact, Pasteurella multocida rarely acts as the primary cause of porcine pneumonia, rather being considered an opportunist which complicates primary infections caused by other bacteria and/or viruses. The co-factors which likely contributed to determine such a severe respiratory syndrome in sows are largely unknown. Speculatively, we hypothesize that resulted from the introduction of a “new” strain of P. multocida, which infected immunologically naïve sows. The poor level of biosecurity adopted, as well as the kinetics of this outbreak, argue in favour of such a scenario. 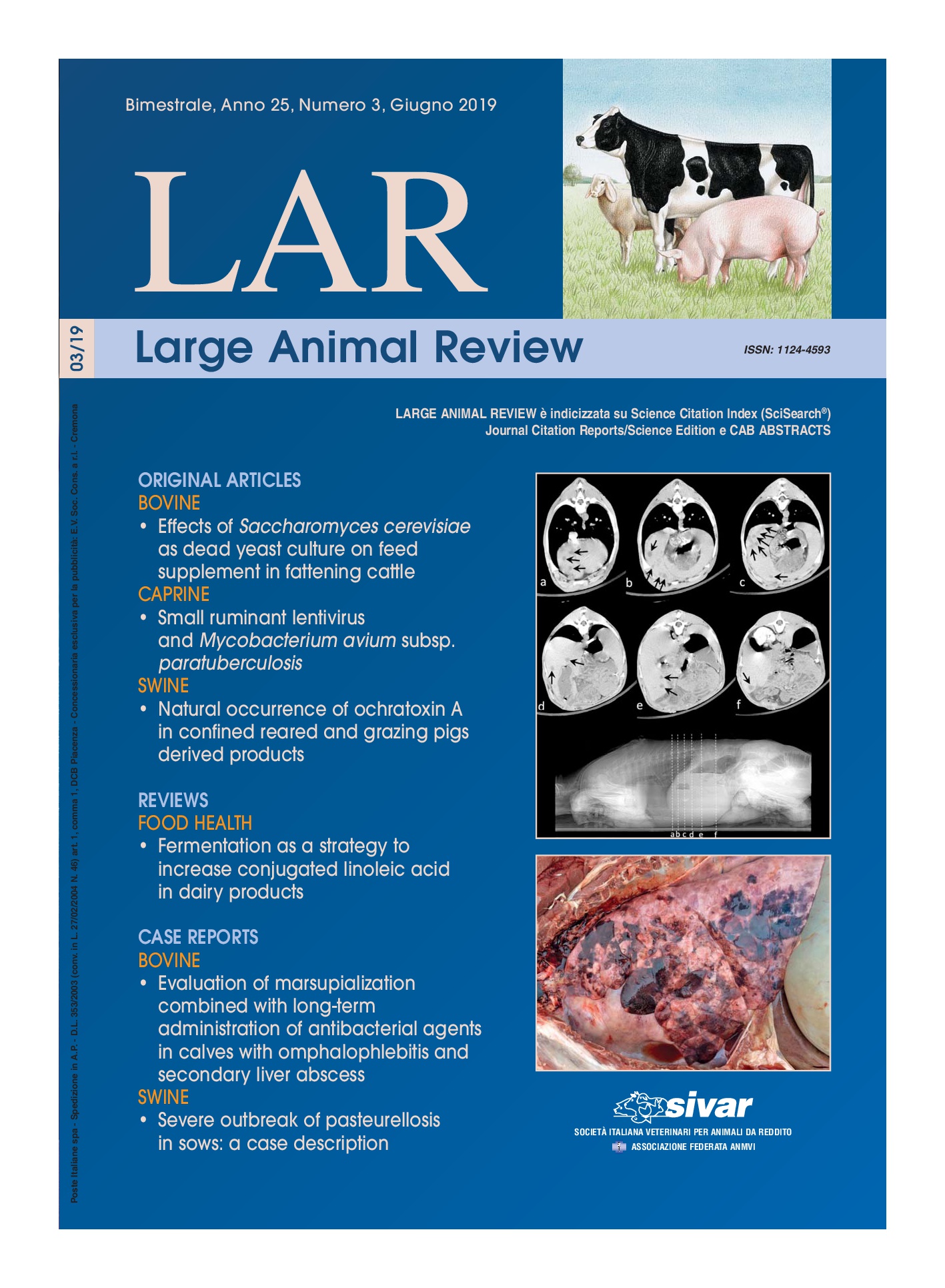