The effect of vitamin E administration to dairy cows in the prepartum period on some metabolic, oxidative and reproductive parameters

The purpose of this study was to investigate how vitamin E affected oxidative stress, metabolic biomarkers, and reproductive parameters in cows during late gestation. The study used forty healthy, multiparous cows in late gestation. The animals were divided into two groups, control (n.20) and experimental (n:20) group, ten (±5) days before birth. On the same day, 10 ml of blood was drawn from each animal's tail vein, and the cows in the experimental group received 3000 mg of vitamin E (DL-alpha-tocopherol acetate) intramuscularly, whereas the cows in the control group received 20 ml of 0.9 % NaCl. On the day the calving and on the 15th day after the calving, blood samples were taken again. The serums of the blood samples taken were separated and stored at -80 C until the analysis. Malondialdehyde (MDA), Glutathione Peroxidase (GSH-Px), Catalase (CAT), Glutathione (GSH), Glucose (GLU), Triglyceride (TG), Cortisol (COR), Glutamic Oxaloacetic Transaminase (GOT), Gamma Glutamyl Transferase (GGT) and Glutamic Pyruvic Transaminase (GPT) in the samples were measured. Calving - first estrus, calving - first insemination, calving-conception, and artificial insemination per pregnancy were recorded to determine the reproductive performance of the cows involved in the study. Vitamin E administration to cows during the peripartum period was found to boost GSH and GSH-Px levels at birth while decreasing GPT levels (p<0.05). Furthermore, the period of calving-first estrus, calving-first insemination, and calving-conception was shortened compared to the control group, however this was not statistically significant (p>0.05). Vitamin E was proven to be useful in lowering birth stress and protecting the liver when given to cows in late gestational stages. It is thought that it may also be effective in improving reproductive parameters, but the study should be replicated with more animals. 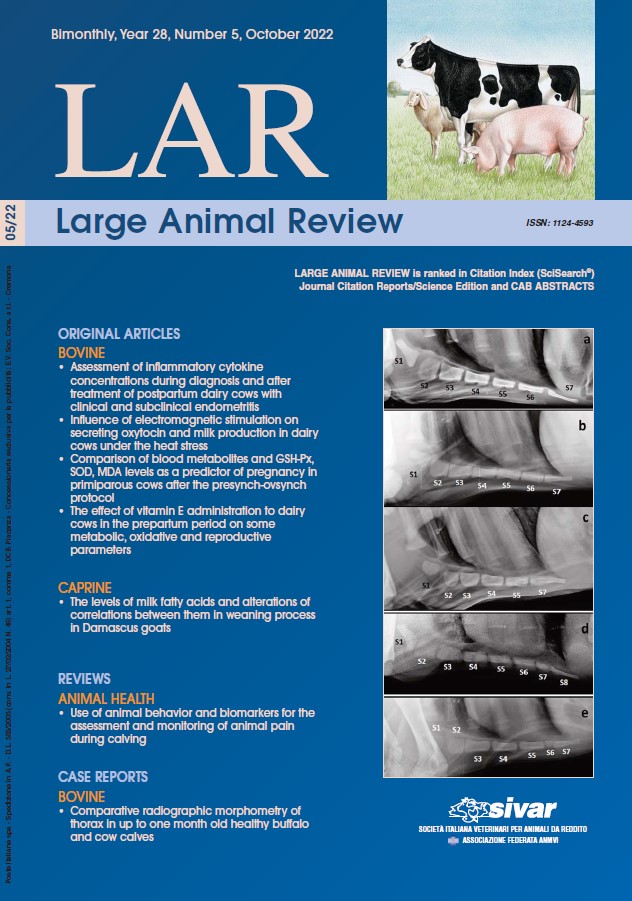