The aim of the study was to evaluate the efficacy of a bolus containing natural glycosides extracted from Solanum glaucopyllum, rich in 1,25-dihydroxyvitamin D3 glycosides (1,25(OH)2D3), in the prevention of subclinical hypocalcaemia, and of its correlated health and production problems in transition dairy cows.
A total of 60 pregnant Holstein Friesian cows were balanced for parity and assigned to one of the two study groups: Control (15 cows) and Treatment (45 cows), receiving a bolus containing either 0 or 500 μg of 1,25(OH)2D3 extracted from S. glaucophyllum. Blood total (tCa) and ionized (Ca2+) calcium, phosphorus (P) and magnesium (Mg) were evaluated at different time points.
Data related to health status, production and reproductive efficiency were evaluated, both considering the two entire populations and separately for healthy and sick cows that undergone to retained placenta and metritis.
The treatment has led to a significant increase in the blood tCa (2.26 mmol/L) and Ca2+ (2.19 mmol/L) at calving, compared to prepartum (respectively 2.05 and 1.98 mmol/L), while in the Control there was a significant decrease in both blood tCa and Ca2+ (respectively, 1.76 mmol/L and 1.74 mmol/L at calving vs 2.12 and 2.02 mmol/L prepartum) (P<0.05), with also a significant difference at calving between the two groups (P<0.05). No significant differences were found in terms of Mg and P concentrations. 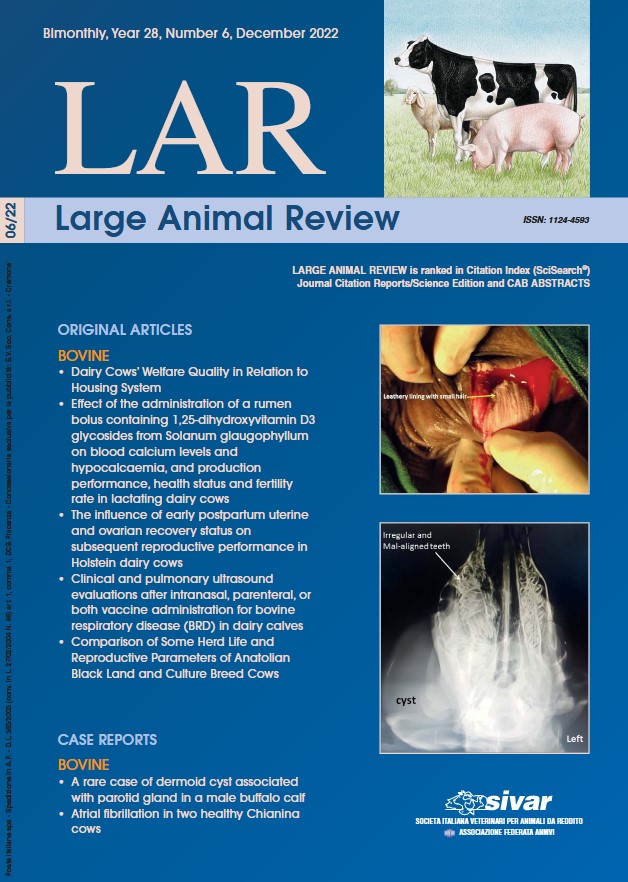